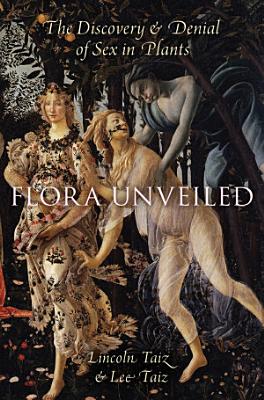 Sex in animals has been known for at least ten thousand years, and this knowledge was put to good use during animal domestication in the Neolithic period. In stark contrast, sex in plants wasn't discovered until the late 17th century, long after the domestication of crop plants. Even after its discovery, the "sexual theory" continued to be hotly debated and lampooned for another 150 years, pitting the "sexualists" against the "asexualists". Why was the notion of sex in plants so contentious for so long? "Flora Unveiled" is a deep history of perceptions about plant gender and sexuality, beginning in the Ice Age and ending in the middle of the nineteenth century, with the elucidation of the complete plant life cycle. Linc and Lee Taiz show that a gender bias that plants are unisexual and female (a "one-sex model") prevented the discovery of plant sex and delayed its acceptance long after the theory was definitively proven. The book explores the various sources of this gender bias, beginning with women's role as gatherers, crop domesticators, and the first farmers. In the myths and religions of the Bronze and Iron Ages, female deities were strongly identified with flowers, trees, and agricultural abundance, and during Middle Ages and Renaissance, this tradition was assimilated into Christianity in the person of Mary. The one-sex model of plants continued into the Early Modern Period, and experienced a resurgence during the eighteenth century Enlightenment and again in the nineteenth century Romantic movement. Not until Wilhelm Hofmeister demonstrated the universality of sex in the plant kingdom was the controversy over plant sex finally laid to rest. Although "Flora Unveiled" focuses on the discovery of sex in plants, the history serves as a cautionary tale of how strongly and persistently cultural biases can impede the discovery and delay the acceptance of scientific advances.

Authors: Lincoln Taiz
Categories: Science
Sex in animals has been known for at least ten thousand years, and this knowledge was put to good use during animal domestication in the Neolithic period. In st

One Dead at the Paris Opera Ballet

Authors: Felicia McCarren
Categories: Performing Arts
In 1866, when the ballet La Source debuted, the public at the Paris Opera may have been content to dream about its setting in the verdant Caucasus, its exotic C

Authors: Branka Arsic
Categories: Literary Criticism
Plants are silent, still, or move slowly; we do not have the sense that they accompany us, or even perceive us. But is there something that plants are telling u

The Lives of the Most Eminent British Painters

The great works of sir David Wilkie, 26 photogr. from engravings of his paintings, with a descriptive account of the pictures and a memoir of the artist by mrs. Charles Heaton

History of Rome and the Roman People

History of Rome, and of the Roman People