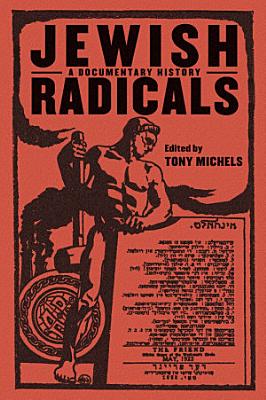 Check out this interview with the author on C-SPAN! In 1912, a revolutionary chick cries, “Strike down the wall!” and liberates itself from the “egg state.” In 1940, ostriches pull their heads out of the sand and unite to fight fascism. In 1972, Baby X grows up without a gender and is happy about it. Rather than teaching children to obey authority, to conform, or to seek redemption through prayer, twentieth-century leftists encouraged children to question the authority of those in power. Tales for Little Rebels collects forty-three mostly out-of-print stories, poems, comic strips, primers, and other texts for children that embody this radical tradition. These pieces reflect the concerns of twentieth-century leftist movements, like peace, civil rights, gender equality, environmental responsibility, and the dignity of labor. They also address the means of achieving these ideals, including taking collective action, developing critical thinking skills, and harnessing the liberating power of the imagination. Some of the authors and illustrators are familiar, including Lucille Clifton, Syd Hoff, Langston Hughes, Walt Kelly, Norma Klein, Munro Leaf, Julius Lester, Eve Merriam, Charlotte Pomerantz, Carl Sandburg, and Dr. Seuss. Others are relatively unknown today, but their work deserves to be remembered. (Each of the pieces includes an introduction and a biographical sketch of the author.) From the anti-advertising message of Johnny Get Your Money’s Worth (and Jane Too)! (1938) to the entertaining lessons in ecology provided by The Day They Parachuted Cats on Borneo (1971), and Sandburg’s mockery of war in Rootabaga Pigeons (1923), these pieces will thrill readers intrigued by politics and history--and anyone with a love of children’s literature, no matter what age. Check out co-editor Philip Nel discussing this book on NPR here.

Authors: Tony Michels
Categories: History
Check out this interview with the author on C-SPAN! In 1912, a revolutionary chick cries, “Strike down the wall!” and liberates itself from the “egg state

My Life as a Radical Jewish Woman

Authors: Puah Rakovska
Categories: Biography & Autobiography
Published in the original Yiddish in 1954, the work appears here in English for the first time, annotated and with a historical introduction by Paula E. Hyman."

Authors: Joyce Antler
Categories: History
Finalist, 2019 PROSE Award in Biography, given by the Association of American Publishers Fifty years after the start of the women’s liberation movement, a boo

Authors: Daniel Boyarin
Categories: Religion
Talmudic scholar Daniel Boyarin turns to the Epistles of Paul as the spiritual autobiography of a first-century Jewish cultural critic and explores what led Pau

The Challenge of America

Authors: Jacob Neusner
Categories: Religion
To be sure, Jews found their lives and property threatened. But Judaism could explain that fact and even find reinforcement in it. More important, memories of s

Authors: Stanley Rothman
Categories: Political Science
When Roots of Radicalism first appeared. Nathan Glazer noted "this is a major work on the relationship between radical politics and psychological development."

Authors: Jack Nusan Porter
Categories: Political Science
Jack Nusan Porter’s writings date back to 1966, during the height of the Vietnam War. He describes the anguished struggle against war, racism, and poverty, as

Radicalism In The Contemporary Age, Volume 1

Authors: Seweryn Bialer
Categories: Political Science
This volume, Sources of Contemporary Radicalism, begins with Seweryn Bialer's examination of the definitional aspects of radicalism, as well as with the identif