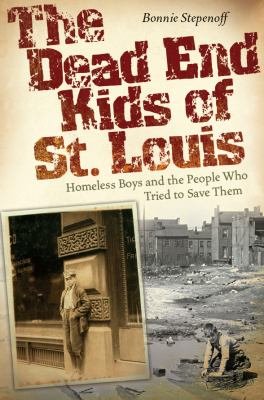 Joe Garagiola remembers playing baseball with stolen balls and bats while growing up on the Hill. Chuck Berry had run-ins with police before channeling his energy into rock and roll. But not all the boys growing up on the rough streets of St. Louis had loving families or managed to find success. This book reviews a century of history to tell the story of the “lost” boys who struggled to survive on the city’s streets as it evolved from a booming late-nineteenth-century industrial center to a troubled mid-twentieth-century metropolis. To the eyes of impressionable boys without parents to shield them, St. Louis presented an ever-changing spectacle of violence. Small, loosely organized bands from the tenement districts wandered the city looking for trouble, and they often found it. The geology of St. Louis also provided for unique accommodations—sometimes gangs of boys found shelter in the extensive system of interconnected caves underneath the city. Boys could hide in these secret lairs for weeks or even months at a stretch. Bonnie Stepenoff gives voice to the harrowing experiences of destitute and homeless boys and young men who struggled to grow up, with little or no adult supervision, on streets filled with excitement but also teeming with sharpsters ready to teach these youngsters things they would never learn in school. Well-intentioned efforts of private philanthropists and public officials sometimes went cruelly astray, and sometimes were ineffective, but sometimes had positive effects on young lives. Stepenoff traces the history of several efforts aimed at assisting the city’s homeless boys. She discusses the prison-like St. Louis House of Refuge, where more than 80 percent of the resident children were boys, and Father Dunne's News Boys' Home and Protectorate, which stressed education and training for more than a century after its founding. She charts the growth of Skid Row and details how historical events such as industrialization, economic depression, and wars affected this vulnerable urban population. Most of these boys grew up and lived decent, unheralded lives, but that doesn’t mean that their childhood experiences left them unscathed. Their lives offer a compelling glimpse into old St. Louis while reinforcing the idea that society has an obligation to create cities that will nurture and not endanger the young.

Authors: Bonnie Stepenoff
Categories: History
Joe Garagiola remembers playing baseball with stolen balls and bats while growing up on the Hill. Chuck Berry had run-ins with police before channeling his ener

Authors: Mark S. Fleisher
Categories: Social Science
Dead End Kids exposes both the depravity and the humanity in gang life through the eyes of a teenaged girl named Cara, a member of a Kansas City gang. In this s

Authors: Valerie Battle Kienzle
Categories: Travel
Why are turtles incorporated into the wrought iron fence at The Old Court House? Can beaver be eaten during Lent? Why are pieces of metal track imbedded in some

German and Irish Immigrants in the Midwestern United States, 1850–1900

Authors: Regina Donlon
Categories: History
In the second half of the nineteenth century, hundreds of thousands of German and Irish immigrants left Europe for the United States. Many settled in the Northe

Authors: Joseph F. Spillane
Categories: History
Should prisons attempt reform and uplift inmates or, by means of principled punishment, deter them from further wrongdoing? This debate has raged in Western Eur

Authors: Stephen Pimpare
Categories: Performing Arts
Ghettos, Tramps, and Welfare Queens: Down & Out on the Silver Screen explores how American movies have portrayed poor and homeless people from the silent era to

When Basketball Was Jewish

Authors: Douglas Stark
Categories: BIOGRAPHY & AUTOBIOGRAPHY
In the 2015–16 NBA season, the Jewish presence in the league was largely confined to Adam Silver, the commissioner; David Blatt, the coach of the Cleveland Ca

Beyond Dead End: The Solo Careers of The Dead End Kids

Authors: Joseph Fusco
Categories: Performing Arts
No one exemplifies the angst of the Depression era street kid more than The Dead End Kids. They were the stars of Sidney Kingsley’s 1935 play, Dead End, and r