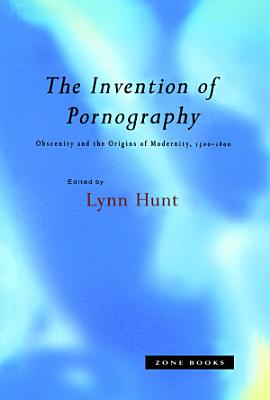 In America today the intense and controversial debate over the censorship of pornography continues to call into question the values of a modern, democratic culture. This ground-breaking collection of ten critical essays traces the history and various uses of pornography in early modern Europe, offering the historical perspective crucial to understanding current issues of artistic censorship.The essays, by historians and literary theorists, examine how pornography emerged between 1500 and 1800 as a literary practice and a category of knowledge intimately linked to the formative moments of Western modernity and the democratization of culture. They reveal that the first modern writers and engravers of pornography were part of the demimonde of heretics, freethinkers, and libertines who constituted the dark underside of the Renaissance, the Scientific Revolution, the Enlightenment, and the French Revolution. From the beginning, early modern European pornography used the shock of sex to test the boundaries and regulation of decent and obscene behavior and expression in the public and private spheres, criticizing and even subverting religious and political authorities as well social and sexual norms.Contents: Introduction, Lynn Hunt. Humanism, Politics, and Pornography in Renaissance Italy, Paula Findlen. The Politics of Pornography: L'Ecole des filles, Joan Dejean. Sometimes a Sceptre is only a Sceptre: Pornography and Politics in Restoration England, Rachel Weil. The Materialist World of Pornography, Margaret C. Jacob. Truth and the Obscene Word in Eighteenth-Century French Pornography, Lucienne Frappier-Mazur. The Pornographic Whore: Prostitution in French Pornography from Margot to Juliette, Kathryn Norberg. Erotic Fantasy and the Libertine Dispensation in Eighteenth-Century England, Randolph Trumbach. Politics and Pornography in the Seventeenth- and Eighteenth-Century Dutch Republic, Wijnand W. Mijnhardt. Pornography and the French Revolution, Lynn Hunt.