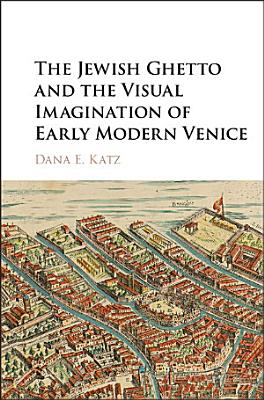 Dana E. Katz examines the Jewish ghetto of Venice as a paradox of urban space. In 1516, the Senate established the ghetto on the periphery of the city and legislated nocturnal curfews to reduce the Jews' visibility in Venice. Katz argues that it was precisely this practice of marginalization that put the ghetto on display for Christian and Jewish eyes. According to her research, early modern Venetians grounded their conceptions of the ghetto in discourses of sight. Katz's unique approach demonstrates how Venice's Jewish ghetto engaged the sensory imagination of its inhabitants in complex and contradictory ways that both shaped urban space and reshaped Christian-Jewish relations.

The Jewish Ghetto and the Visual Imagination of Early Modern Venice

Authors: Dana E. Katz
Categories: Architecture
Dana E. Katz examines the Jewish ghetto of Venice as a paradox of urban space. In 1516, the Senate established the ghetto on the periphery of the city and legis

The Sephardic Experience East and West

Authors: Federica Francesconi
Categories: Religion
From Catalonia to the Caribbean is a polyphonic collection of essays in dialogue with Jane S. Gerber’s seminal contributions to Sephardic Studies. The essays

Authors: Emily Michelson
Categories: History
A new investigation that shows how conversionary preaching to Jews was essential to the early modern Catholic Church and the Roman religious landscape Starting

The Merchant of Venice: The State of Play

Authors: M. Lindsay Kaplan
Categories: Literary Criticism
The Merchant of Venice is one of Shakespeare's most controversial plays, whose elements resonate even more profoundly in the current climate of rising racism, a

Authors: Marco Folin
Categories: History
This book focuses on the ethnically composite, heterogeneous, mixed nature of the Mediterranean cities and their cultural heritage between the late middle ages

The Jewish World of Alexander Hamilton